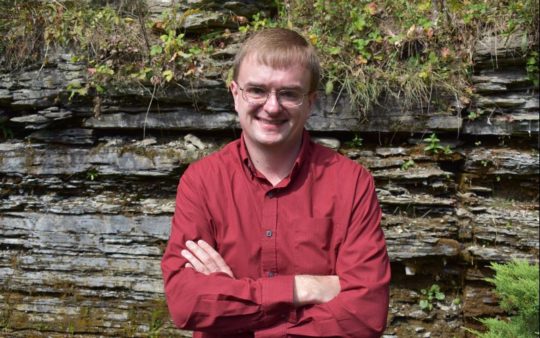 Dr. Anderson’s first book, The Storied Landscape of Iroquoia, was published by the University of Nebraska Press in 2020. His book explores the history and enduring significance of the built and natural landscape of the Haudenosaunee (the Iroquois Six Nations). During the eighteenth century, a traveler through Haudenosaunee lands would have encountered places associated with mythical other-than human beings, mysterious ancient ruins, monuments to battles, dozens of current and former village sites, and great fields of corn, beans, and squash. On British maps, the Haudenosaunee dominated colonial geography—the center of an Indian power that spread across eastern North America. By the early nineteenth century, however, the Haudenosaunee had largely disappeared from maps, replaced by Euroamerican towns. Yet the Haudenosaunee did not vanish and their landscape’s storied history continued to shape Euroamerican and Native American understandings of what became Upstate New York. The Storied Landscape of Iroquoia examines this process of erasure and the stories that people wove about the land to define its past and future.